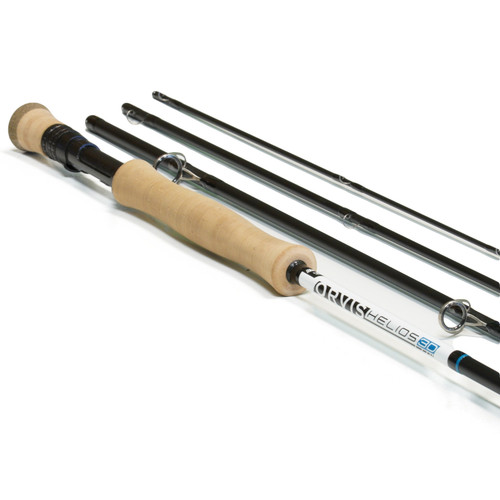 Helios 3D 12-Weight, 9' Fly Rods are designed for exceptional accuracy but with enhanced power. They are the most accurate fly rods ever built, but offer remarkable strength and the ability to place a fly where you want it at distance. The Helios 3D 912-4 is from this point forward the standard by which the 12-weight tarpon rod will be judged. When going after big tarpon on the flats you need power, but more importantly you need accuracy and this is where the Helios 3D 912-4 rises to the top. All tarpon rods are powerful but when casting to big tarpon, accuracy is everything. The power doesn't come into play unless the fly is on target and this rod is the most powerful and most accurate rod ever built. Hit the target first. Then and only then do you have a chance to fight the fish. No cast ever thrown is identical to any other cast ever thrown. The variables of caster, rod, and conditions are too great. Helios 3D was designed to significantly reduce the variables at the point of release focusing the energy of the cast to the intended target. No matter what happens behind you, the energy of the forward cast is crisply released through a tight window created by the most significant reduction in horizontal and vertical tip frequency ever conceived. It is a rifle in a world of muskets and it autocorrects the variables of the cast to the target with incomparable precision.